Personalize a set of the world’s most well-known and respected playing cards. Made with patented casino quality paper and a color printing process that is second to none, these cards are the mark of the premium quality Bicycle has represented since 1885. Make a deck with your photos, text, or designs for a fun birthday gift, wedding favor, or to stylize your home poker tournament as a cut above the rest. 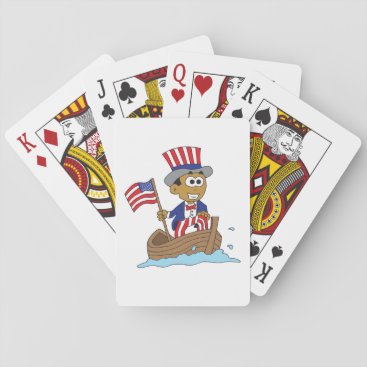 Sanders playing cards
Get your card game on the 4th of July. read more
by ChiefCoffeeCup
$10.50

Navy Sailor Classic Playing Cards
Once you become a sailor you become one for life! These ... read more
by DesignsByCarita
$10.50
Sort by: date created | popularity    Showing 1 - 2 of 2 products.